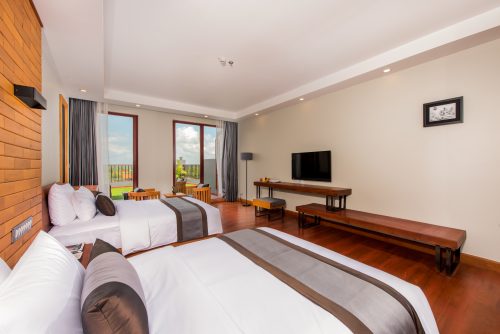 Leper King and the Elephant Terrace).

The city of Angkor Thom, founded by Jayavarman VII in the 12th century, was one of the largest of all Khmer cities and remained the capital until the 17th century. We enter the city through the monumental south gate, its tower feature four faces pointing in each of cardinal directions with the elephants holding up the main gate, preceded by a no less impressive Avenue of Gods and asuras lining the bridge across the structure moat.

The Bayon or state temple of Jayavarman VII is one of the most enigmatic and power religious constructions in the world. It is a unique mass of “faces tower” which create a stone-mountain of ascending peaks. There were originally 49 towers of which 37are still standing today. Most are carved with four faces on each cardinal point. The central tower has many more.

The Elephant Terrace is at the heart of Angkor Thom and looks out overage Royal spare. It marks the entrance to the Royal Palace and was the focal point for Royal receptions. The Carving of the elephants along its Walls gives it its modern name.

Terrace of Leper King, This massive terrace is named after the 15th century sculpture that was discovered on top of it. It probably dates back to the reign of Jayavarman VII and has been restored in a manner, which allows visitors to explore the earliest to most recent additions by actually entering the internal layers of the structure.

Ta Phrom, was built in the 12th century by Jayavarman VII as a royal monastery. It was dedicated to the king’s mother. This temple, was chosen to be left in its natural state as an example of how most of Angkor looked, upon its rediscovery in the 18th century. Shrouded in jungle, the temple of Ta Phrom is ethereal in aspect and conjures up a romantic aura with gigantic roots and branches intimately intertwined with the stoned and probing walls to form a natural roof above the man made structures. Then, visit Takeo, Thommanon and Chau Say Tevoda

Have Lunch at Local Restaurant  near the temple.

Build between the 9th and 14th centuries, the City of Angkor is one of the grandest monuments ever constructed. The entire complex covers approximately 164sq miles with over 200 temples. Among the 30 temples that are accessible today, the most famous is Angkor Wat, the largest religions building in the world, with a volume of stone equaling that of the Cheops pyramid in Egypt. Conceived by Suryavarman II early 12th century, Angkor Wat took an estimated 30 years to build. Unlike most other Khmer temples, it faces West, the most likely reason is because the temple was dedicated to Vishnu, who is sometimes associated with the West.

Phnom Bakheng, late 9th century was the state temple of the first capital of Angkor. Begin the ascent from the east side at the foot of the hill close to the road. The view from the top is magnificent, particularly of Angkor Wat to the South East and is the most popular spot for tourist at sunset. The three prominent hills of the area, Phnom Bakheng, Phnom Krom and Phnom Bok were all crowned with temples at the same period. Transfer back to Pacific Hotel Dinner at Pacific Hotel

Banteay Srei is the “Citadel of Women” or “Citadel of Beauty” presumably referring to its size and the delicacy of its decoration. Unlike the major sites at Angkor, Banteay Srei was not a royal temple. It was built not by the kings, but by Brahmin Priests. Often described in terms as the “Jewel of Khmer Art”, Banteay Srei is a temple of great beauty, and compares with little else in Angkor. Its miniature scale almost always surprises visitors, and the near total decoration of its surfaces are exceptional. For its protection, the most inner spaces of the temple are closed to public. Return to Pacific Hotel  for Lunch.

This school is a joint venture between the Cambodian and French governments to train young Cambodians to acquire skill in traditional sandstone carving, wood work and silk weaving. A showroom displays samples of their works which are for sales. Made to order pieces are also available. Raffles International is a patron of the school, providing both educational supports for its students and an outlet to sell the crafts made by them.

Return to Pacific Hotel The other requirement  such as Bong Mealea and quad bike which was out of our package we would arrange it as well because our Tour is really flexible depend on your schedule!

Should you however wish to get more assistance or any further inquiries, please kindly feel free to contact us anytime for your convenience?

Fruit basket in room on arrival

Free pick up and transfer to airport.

One time lunch at local restaurant near the temple

One hour Khmer or Aromatherapy massage for two persons 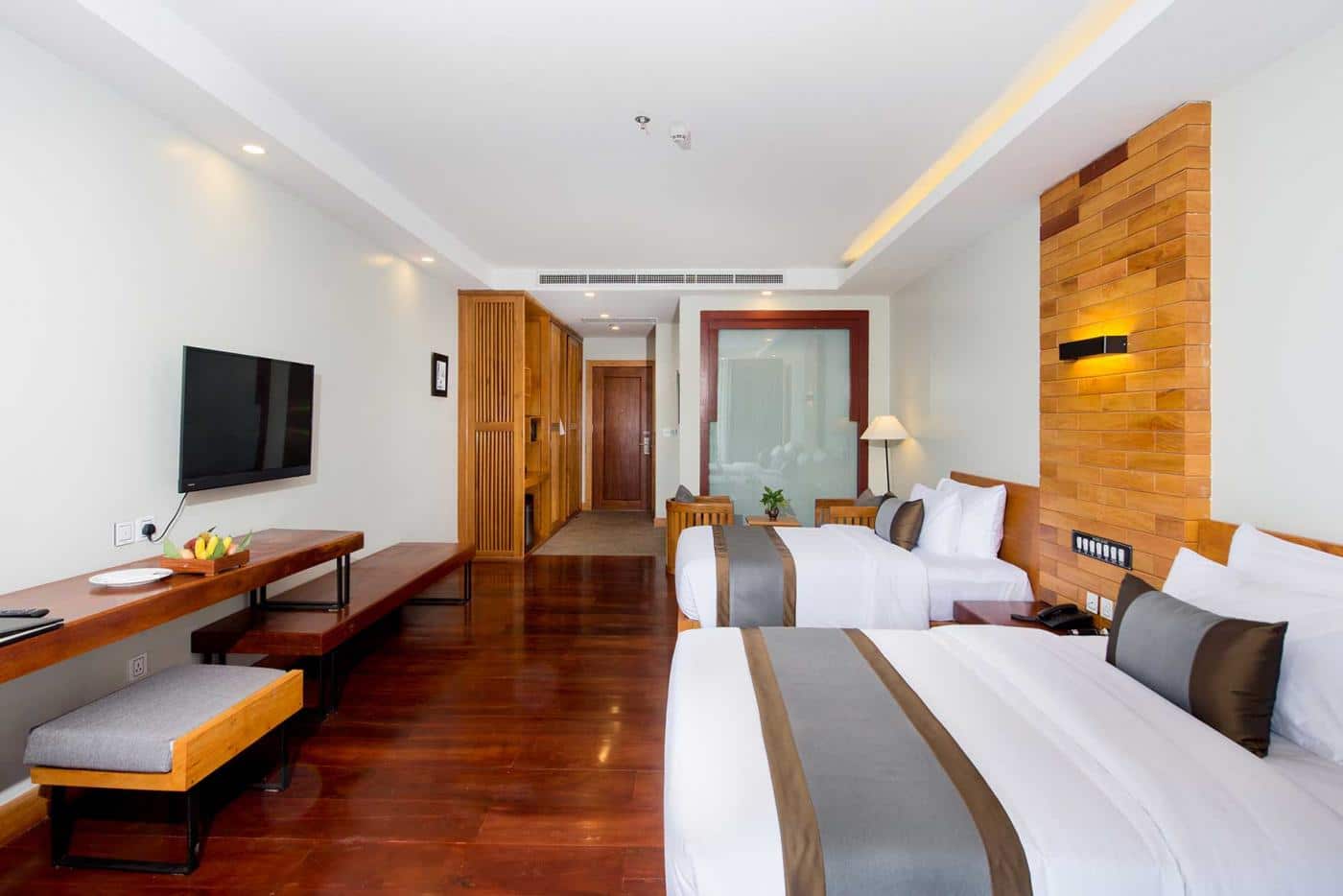 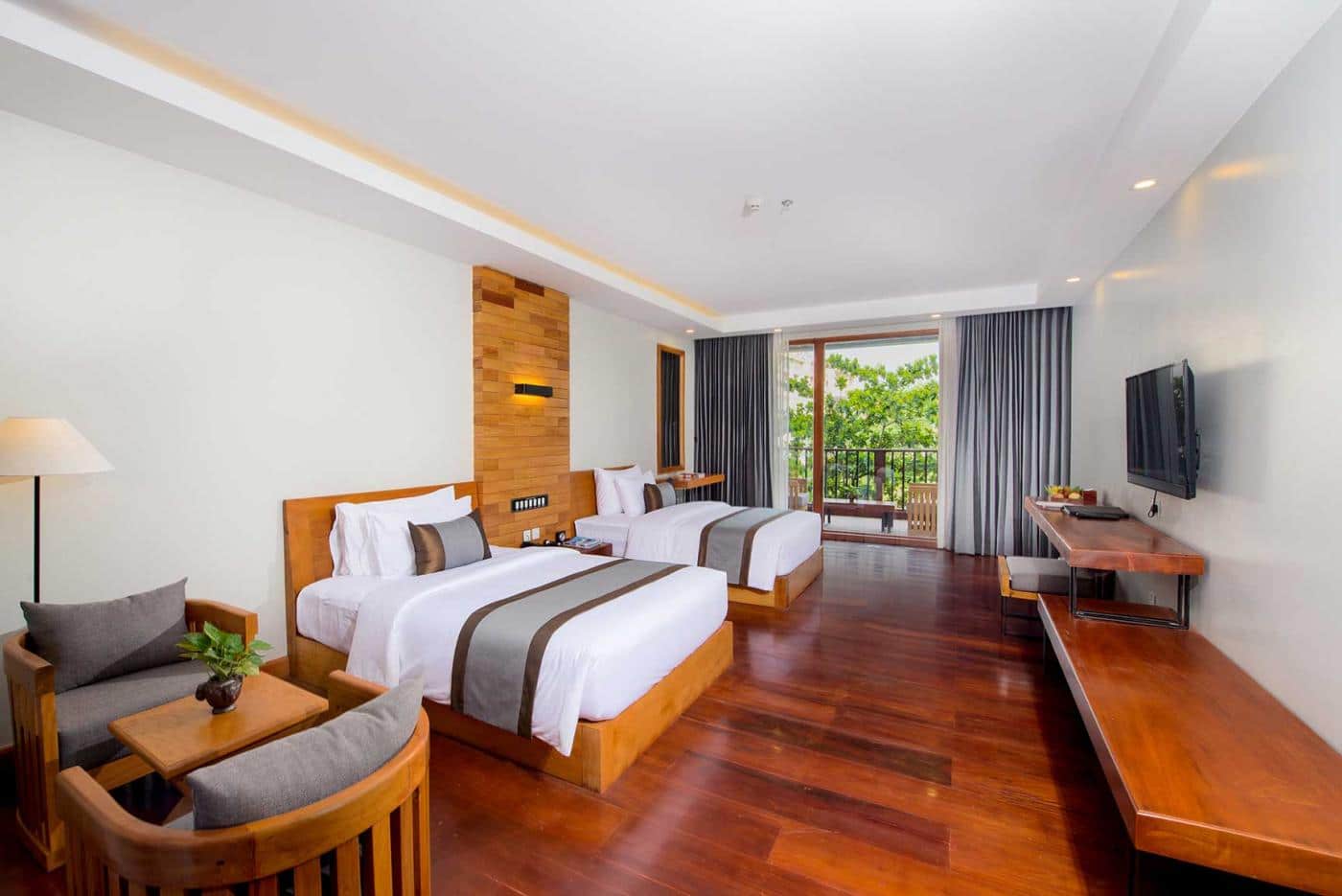 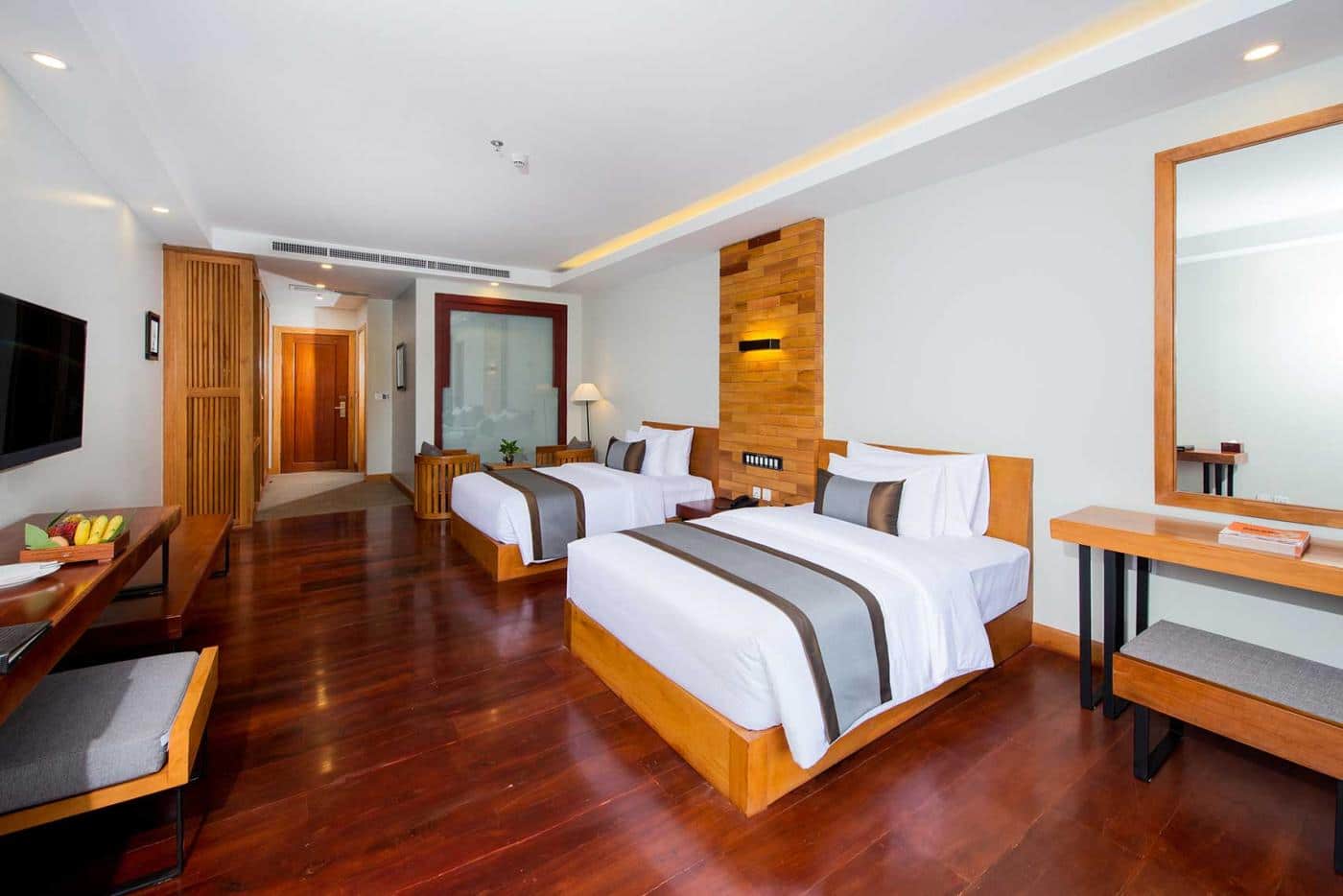